BlinkTag worked with the National Center for Sustainable Transportation (NCST) at the University of California Davis to build a web-based calculator that estimates how much vehicle travel a freeway or highway expansion will produce.

Its an easy to use tool – just select the type of road (freeway or highway), the county in California it will be added to and the number of lane-miles added. The calculator instantly reveals how many additional millions of vehicle miles traveled will occur if the project is built.

It is based on data from several studies that measured the change in travel on hundreds of general-purpose and carpool lane additions in California. Those underlying studies have shown that capacity expansion tends to lead to a net increase in travel over time.

Streetsblog wrote an article about the Induced Travel Calculator:

This tool is important now for a number of reasons. For years, California planners have responded to congestion by making highways wider so they can carry more cars. The result has been, not so surprisingly, more cars on those roads. Transportation planners argue that most new travel is pent-up demand that would happen anyway, but research has long shown that building more capacity leads to more driving.

The calculator was mentioned in the Washington Post in an article about fixing infrastructure in the United States.

“For decades, researchers have found that when roads get wider, people tend to drive more, ultimately canceling out any gains in speed. Susan Handy, a professor of environmental science and policy at the University of California at Davis, said traditional tools for forecasting traffic demand to assess the benefits of new construction don’t effectively take that into account.”

“Researchers noted that traffic eventually increases by about the same percentage a road is widened, so boosting the size of a road by 10 percent will lead to about 10 percent more travel. Handy was part of a team that developed a calculator to forecast that effect in California, and its use was recommended by the state transportation agency last year.”

NCST held a webinar about how to use the calculator which Streetsblog covered. 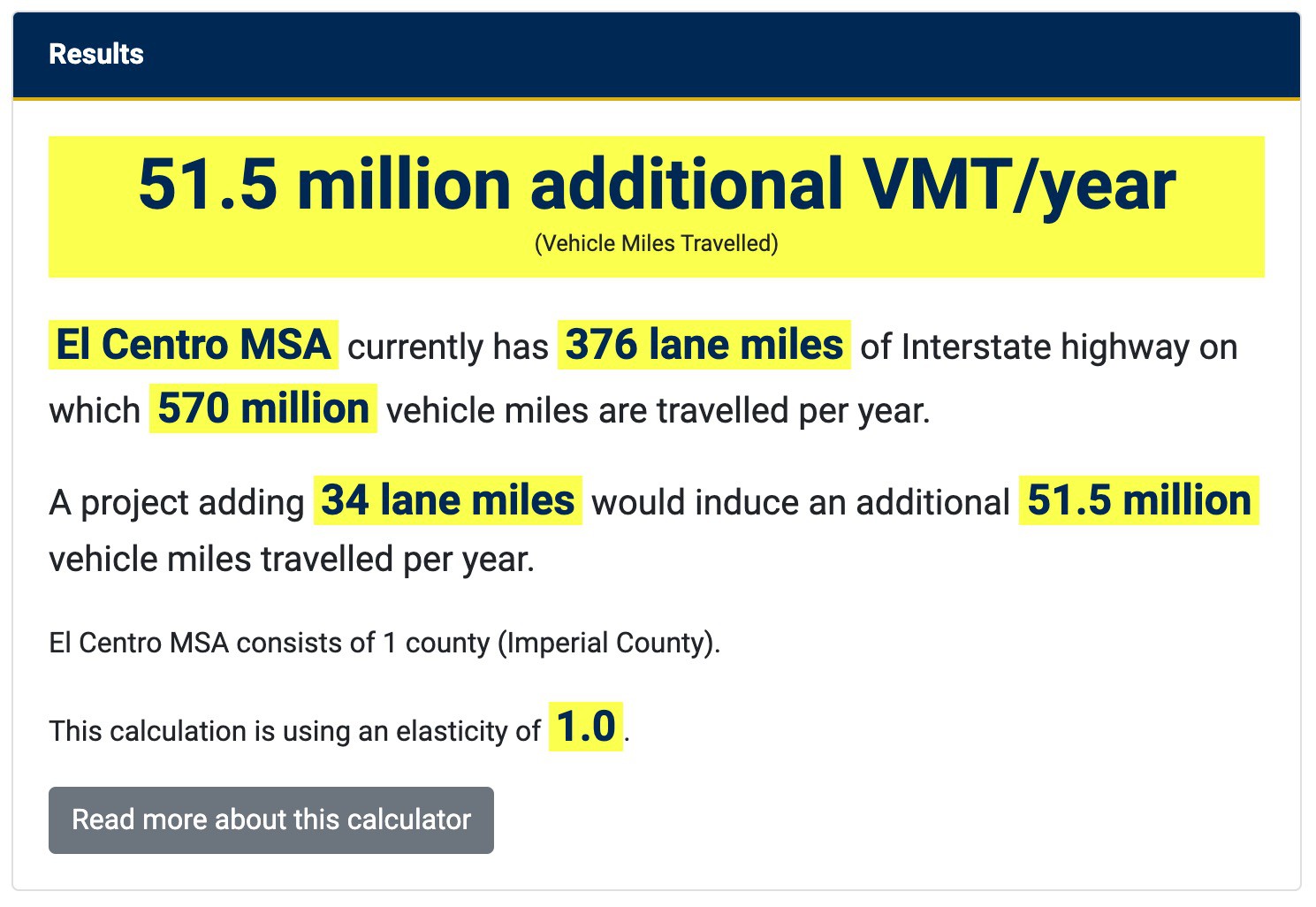